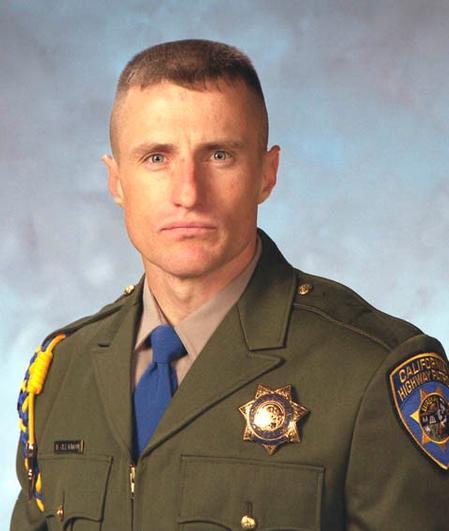 Officer Brent William Clearman, I.D. 17843, died Sunday morning, Aug. 6, 2006, from massive internal injuries suffered as a result of a hit-and-run accident at 10:55 p.m. the night before. He was struck while conducting an investigation of a collision on the 66th Ave. on-ramp to northbound Interstate 880 in Oakland.

The driver of the car that hit him turned himself in on Monday afternoon and will face multiple charges.

Clearman joined the CHP after a distinguished 12-year career in the Marine Coprs, including service in Iraq. A sharpshooter and expert in mountaineering and mountain warfare, he left the Marines in 2003. Before joining the CHP, he trained snipers for law enforcement agencies throughout the United States and Canada, including the CHP.

Assigned to the Oakland Area April 22, 2006, Clearman thrived on getting criminals off the street. Just last month, he and his partner arrested 33 people for drunken driving.

Clearman, 33, lived with his wife, Cathy Jo, in Concord. She is a CHP dispatcher. He is the seventh CHP officer to be killed in the line of duty since Sept. 23, 2005.