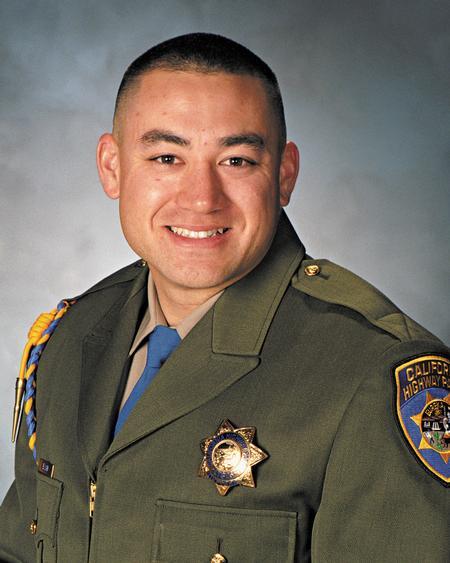 Shortly after 6:00 a.m. on February 17, 2014, CHP Officer Juan Gonzalez, I.D. 18935, and Officer Brian Law, I.D. 18896, were killed in a traffic collision on southbound SR-99 near Kingsburg, Calif., while responding to an incident. The officers, who were classmates at the Academy, were working as partners in the same patrol car.

Nearing the scene of a collision that had been reported to be in the opposite direction, Officer Gonzalez apparently swerved to avoid a pedestrian who was involved with the previous collision, causing the unit to veer off the highway and collide with a guardrail and the pole supporting a freeway exit sign just north of the Sierra Street/Conejo Avenue exit. Both officers were pronounced deceased at the scene.