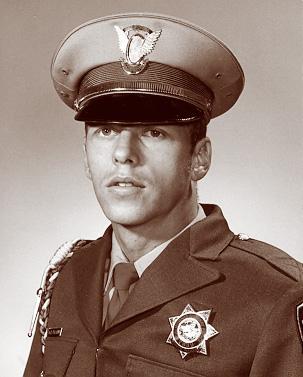 Officer Dana E. Paladini and a sheriff’s deputy arrived at the scene of a vehicle accident involving a horse trailer. One animal suffered a broken leg, and the owners asked the officers to shoot the horse. The deputy sheriff fired three shots – one ricocheted off the trailer wall striking Officer Paladini, who died shortly afterward. The 25-year-old patrol officer had been a member of the CHP for only nine months.