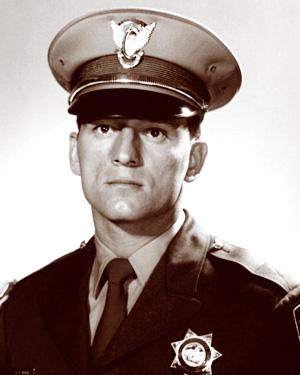 Officer David Irwin had completed his “Noon Motors” shift in the Firestone Park District in 1985 and was en route to the South Los Angeles Area office for debriefing. While riding his departmental motorcycle westbound on Manchester Avenue nearing the intersection of Broadway, Irwin was forced into a hard braking sequence that resulted in him losing control of the motorcycle. Irwin and the motorcycle slid into the intersection where he was struck by a northbound vehicle. Irwin sustained extensive injuries and lived out the remaining portion of his life as a paraplegic. Irwin died on September 18, 2000. At the time of the collision, Irwin was a 14-year veteran of the CHP, all of which were served in the South Los Angeles Area office.

He is survived by his mother, Martha; brothers, Kenneth and John; and daughter, Rebecca.