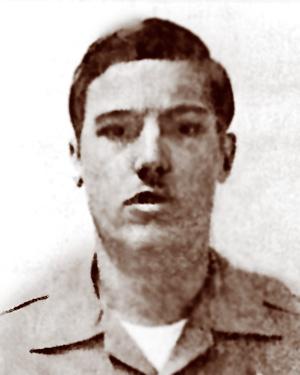 State Police Officer David A. Jack was assigned to patrol the Los Angeles Dispatch Center and was on the first watch when his body was discovered in an office doorway. Jacks service revolver was still in his holster and he had apparently been ambushed by a gunman who shot the State Police officer once in the temple. Officer Jack was rushed to the hospital, but died just hours later. The 21-year-old State Police officer has been appointed to the State Police service only seven months earlier. The killer was later apprehended and charged with the murder of Officer Jack.