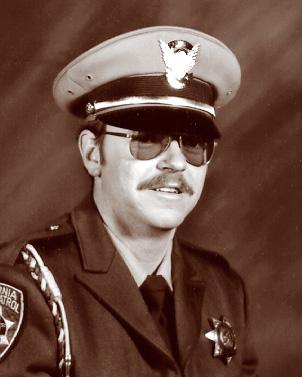 Officer David W. Copleman was killed during the pursuit of a speeding motorcyclist on State Route 126 in east Ventura County. Copleman initiated the pursuit of a speeding motorcycle and was joined by two Ventura sheriff’s deputies and a Fillmore P.D. unit. All four law enforcement units had lights and sirens activated when an oncoming van swerved into opposing traffic lanes to avoid rear-ending another vehicle and struck the CHP unit head-on. Copleman, 27, died at the scene and the van occupants sustained major injuries. The speeding motorcyclist was stopped and arrested by Fillmore police on suspicion of vehicular manslaughter and reckless driving causing injury.