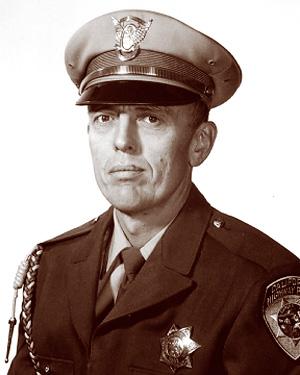 Officer Ernest R. Felio was on routine patrol when he was shot and killed by a motorist he stopped for questioning. A security guard at a nearby farming operation testified he heard a brief conversation between the motorist and the officer, then heard the sound of two shots. The 49-year-old patrol officer was an 18-year CHP veteran who served 17 years at the Crescent City Area office. A description provided by the security guard led to the capture of Felio’s killer.

Back
This item appears in:
Line of Duty September 7, 1980