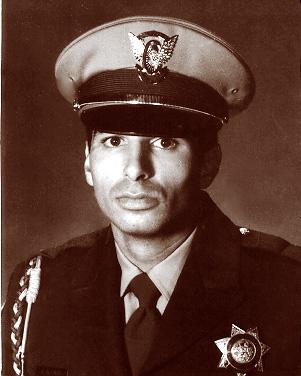 Officer Fidel Aleman was driving to the Central Los Angeles Office to report for his shift that began at 9:30 p.m. when a pickup made an unsafe lane change directly in front of him. Aleman flashed his lights at the driver and the pickup slowed, then the driver began to follow the patrolman with his high beams glaring. When the pickup continued to follow the officer after he exited the freeway, Aleman decided to confront the driver. As Aleman stepped out of his car, the suspect driver slowly drove along the left side of the officer, then raised a gun and fired one shot through the truck’s passenger window. Aleman was shot in the chest, fell back in the driver’s seat and fired one round at the suspect as he was speeding away. Officer Aleman, 33, and a member of the CHP for eight years, died 20 minutes later.