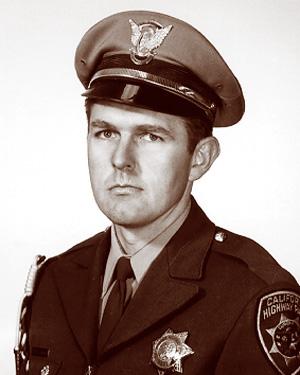 Officer Gary L. Hughes and his partner Officer Lancer R. Thelen stopped and arrested a suspected drunk driver along Interstate 80 in Vallejo. Hughes was sitting in the rear of the patrol car with the suspect when a pick-up truck camper plowed into the patrol car, pinning Hughes against the front seat and causing massive head injuries. The 38-year-old Patrol officer died enroute to the hospital and the prisoner received minor injuries. Thelen was near the front of the patrol car with a tow truck operator, completing paperwork for impounding the suspects vehicle when they were struck by the patrol car as it was rammed by the truck camper. Thelen suffered a severe leg injury and the tow truck operator later died from internal injuries. The driver of the truck camper was found guilty of misdemeanor vehicular manslaughter. Hughes was an 11-year veteran of the Patrol.