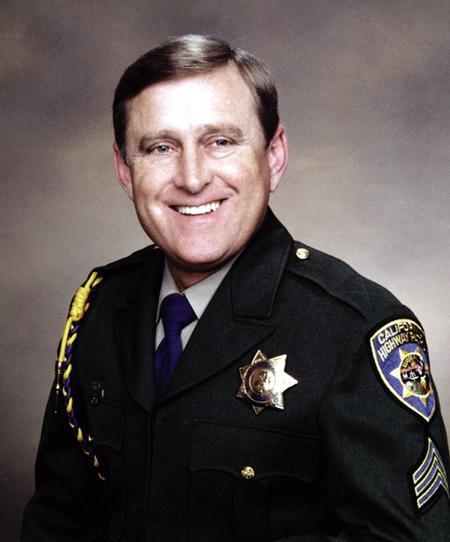 Sgt. Gary Wagers had only been in Woodland for four months, yet his dedication to his job was quickly evident. His wife, Linda, received a promotion at the California Department of Motor Vehicles, so he transferred from the Santa Ana area office after almost eight years serving that community and made the move to northern California. Soon he was known in his new office as a supervisor who was approachable and someone co-workers could trust. Sgt. Wagers, I.D. 9221, was last heard from around midnight March 15, while on a 7 p.m. – 3:45 a.m. deuce shift.

It seemed like a routine night. However, something went terribly wrong. An early-morning commuter noticed distinct skid marks on the transition road between SR 113 and I-5 and discovered Wagers’ wrecked patrol car down an embankment. The driver called 911 on his cell phone, and despite quick response from officers and paramedics, Wagers was already dead. An autopsy determined that he had died instantly of massive head trauma, and there was no indication of any present medical condition.

As MAIT investigates the accident, few answers exist to explain the tragic outcome. One thing is certain, however: Sgt. Wagers was popular and was well-respected among his peers. “He was a true leader from day one,” said Officer Kelly Baraga, I.D. 12428. “He was incredibly knowledgeable.” Wagers promoted to sergeant in 1992 in Riverside.

Baraga also said that Wagers was very supportive of his wife’s work at the DMV and helped coordinate and teach the implied consent law that’s in use today. Before joining the CHP, he served in the California Army National Guard. A highly decorated officer, he worked his way up from private in June 1970 to lieutenant colonel when he retired in May 1998. He earned numerous awards including the Army Service Award, Army Achievement Medal, Armed Forces Commendation Medal, National Defense Medal and Meritorious Service Medal. He was a major in the 40th Infantry Division and lieutenant colonel in the Quartermaster Corps.

His military background served him well when he was at the Academy in August 1979. CAHP Vice-President Rick Mattos recalled his company commander, “Daddy Wagers,” while a cadet. “We were in the same class,” Mattos said. “Because he was ex-military he knew how to march, which was very helpful. He helped turn the undisciplined bunch of us into officers.”

Perhaps one of the proudest moments in Wagers’ life was when he pinned on his daughter’s new badge when she was recently sworn in as a peace officer in Florida. Besides his wife, Wagers leaves behind three grown children who live in Florida and Texas.

The family requests that any donations in memory of Sgt. Wagers be made to the local Sacramento SPCA, 6201 Florin-Perkins Road, Sacramento, CA 95828.

Services for Sgt. Gary Wagers, Woodland Area, were held March 20 in Sacramento. The memorial service, tribute, and expressions about Gary were done very well. Tears, a few laughs, and a sense of CHP pride were shared by those in attendance.

In addition to a large number of CHP personnel, members of allied law enforcement agencies, and representatives from several other highway patrol and state police departments attended. Governor Davis and Secretary Contreras-Sweet also were in attendance. The thoughts and prayers of all of the people associated with the CAHP are with the Wagers’ family.