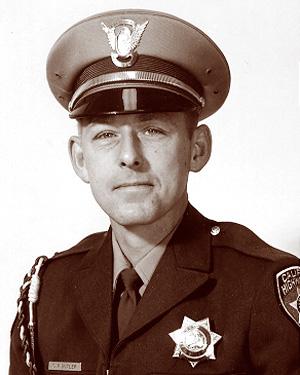 Officer George F. Butler, 52, was flying as an observer in a CHP helicopter that was taking aerial photographs of a double traffic fatality on Interstate 80 near Dixon. After finishing the photographs, the helicopter set down a short distance from the accident scene in an open field adjacent to an irrigation canal. Butler exited the left side of the aircraft and proceeded to walk up the edge of the canal’s raised berm when he was struck by the helicopter’s main rotor and was hurled into the empty irrigation canal. The 21-year veteran of the CHP was killed instantly.