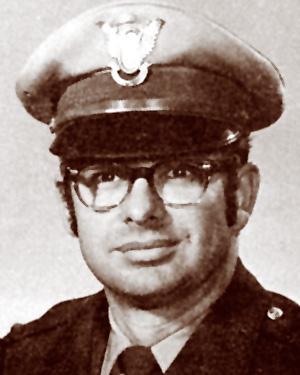 Officers George R. Carey and Kenneth L. Archer were killed when their air operations helicopter crashed during a search mission in the Harper Lake area west of Barstow. Carey, the 47-year-old pilot, was a 17-year CHP veteran with previous service in Indio and Visalia before becoming a helicopter pilot in 1981. Archer, the 42-year-old observer, had served 13 years with the Patrol and had been assigned to the South Los Angeles Area before transferring to Barstow in 1970. Officer Bruce Golbek (11780), is the nephew of Officer Carey.