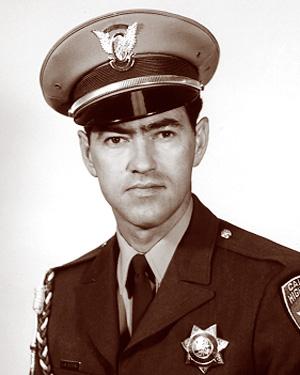 Officer George W. Redding responded to an accident call where a vehicle had crashed into a telephone pole. Redding had gotten out of his patrol car when a passing vehicle struck the downed telephone support cable, causing it to snap and whip across the road. The flying cable struck the patrol officer, wrapped around his ankles and hurled him into the air before throwing him to the ground. Officer Redding, 43, sustained critical injuries and died four days later. His son is Officer Mark W. Redding (11705).