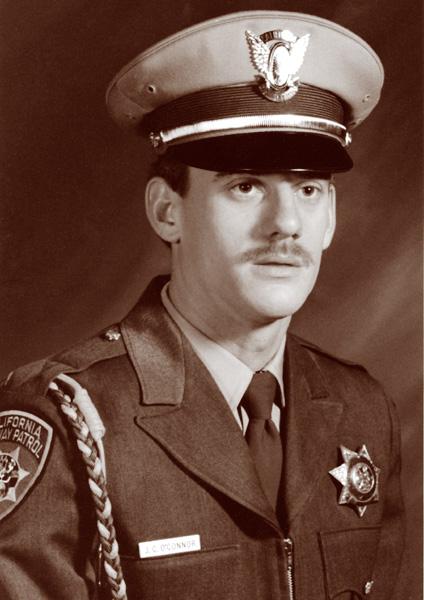 Officer James C. O’Connor was returning from quarterly motorcycle training and riding in a four-man formation with three other CHP motorcycle officers on a two-lane mountainous road. O’Connor, riding in the outer-rear position, was making a sharp curve on State Highway 154 when an elderly motorist crossed the center line and struck Officer O’Connor head-on. Although the other officers immediately began emergency medical treatment, the 34-year-old patrolman died at the scene. O’Connor had been a member of the CHP for eight years and was assigned to the West Valley Area before transferring to Ventura a year earlier. Officer O’Connor is survived by his wife, Carla, also a CHP Officer.