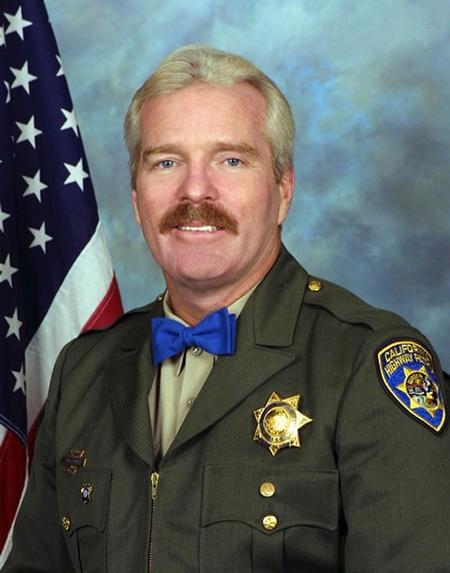 Some people are lucky enough to have names that describe them perfectly. Officer James Goodman, I.D. 11144, was such a person. A 20-year CHP veteran, Goodman was known for his dedication and bravery, and earned the Medal of Valor for his heroic efforts to save victims after the Loma Prieta earthquake in 1989.

Goodman was killed June 3 when his motorcycle collided with a van in Redlands. Goodman, 48, believed he was pursuing a suspected hit-and-run driver when the accident occurred. It was later determined that the driver Goodman was pursuing was not guilty of any crime and was unaware he was being pursued by the officer.

Goodman had his emergency lights activated, and was going through an intersection when he hit the van on the front passenger side, causing major damage to the motorcycle and the van. Officer Goodman was transported to Loma Linda University Medical Center, where he succumbed to his injuries. The passenger in the van sustained moderate injuries, but the driver and the 11-month-old infant occupant were not injured.

Jim joined the California Highway Patrol in 1984 and, after completing the Academy, he was assigned to Redwood City. It was there he met Patti Baum when he wrote her a ticket for a minor violation. He didn’t know she would become the “love of his life,” but Patti could not get him out of her mind. She asked two CHP friends to place a note in Jim’s mail slot, asking him out for coffee. Three months later they were engaged, and were married four years later on Sept. 29, 1990.  Jim’s best friend and fellow officer, Steve Schriber, I.D. 9769, was his best man.

Jim transferred to San Jose to fulfill his desire to ride a CHP motorcycle. He later transferred to Oakland where he was first on scene to the Cypress Freeway collapse during the Loma Prieta Earthquake. He received the Governor’s Medal of Valor Award in 1991 for his heroic efforts as he disregarded his personal safety in order to rescue victims trapped in the rubble. Goodman crawled through a space so small he had to remove his helmet and gun belt to enter an opening between the collapsed freeway decks to gain access to a victim who was trapped inside a truck that had been crushed to a height of about two feet. He tore out the stuffing from the driver’s seat and cut the seat springs in an attempt to free the victim. Others joined him and worked for approximately three hours. Firefighters eventually removed the victim using the “Jaws of Life.”

In 2000, Jim transferred to the San Bernardino Area, where he and Patti have enjoyed living in Rancho Mirage and Big Bear Lake.

Two years ago, Goodman and his partner helped a family of five stranded in San Bernardino on Christmas. They were hitchhiking to Sacramento, where the husband was hoping to get a job. Goodman dug into his own funds to pay for a motel room and some money to eat. Then he got the local Greyhound manager to donate five empty seats on a bus to Sacramento, plus convinced his fellow officers and friends to pitch in to help with gifts, food and money.

“Jim was outgoing — he always was offering to do something. That put him at the top rung of the ladder,” said Schriber.

CAHP President Mark Muscardini, a fellow motor officer, was Goodman’s beat partner for several years in Oakland. “Jim was the kind of beat partner you were glad to have, never complaining and always there to help, no matter what,” he said.

Goodman loved his motorcycle and was known as a superior rider. He and Schriber won numerous motorcycle events, including the annual Pacific Grove law enforcement competition.

“No one on the Department can ride a motorcycle with the skill displayed by Jim,” Muscardini said. “It is very difficult to understand how someone whose passion was to ride could have his life cut short this way”

Goodman volunteered for the Olympic Torch Relay in 1996 and 2002, and many of his friends on the torch crew were in Australia (for the 2004 Olympic Torch Relay) at the time of his death, including Schriber. Most had trouble understanding the loss. “A lot of the people we’ve worked with were there,” Schriber said. “Everyone kept saying, ‘That’s not right. Jim is too good a rider — it doesn’t make sense.’”

Goodman was a devoted husband and a caring and considerate father, brother, uncle and friend. His smile, friendly demeanor and dedication to service will be missed by all who knew him. He is survived by his wife, Patti; sons, Jacob and Joshua; brothers, Lee and Lynn; sisters, Bonnie and Betty, and many nieces, nephews and cousins.