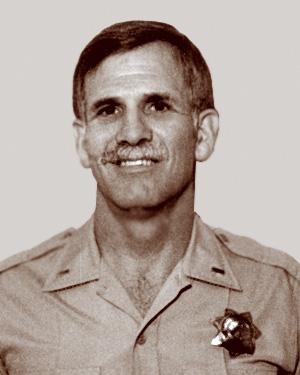 Lieutenant John C. Helmick, Red Bluff Area commander, was killed when the car he was driving crashed into a Caltrans truck parked on the shoulder of U.S. Highway 99. Lieutenant Helmick, 43, was on his way to speak at a luncheon of the Oroville Rotary Club when the accident occurred at 11:10 a.m. He was a 20-year CHP veteran and had been commander of the Red Bluff Area for three years. Lieutenant Helmick was the brother of CHP Commissioner Dwight (Spike) Helmick (7308).