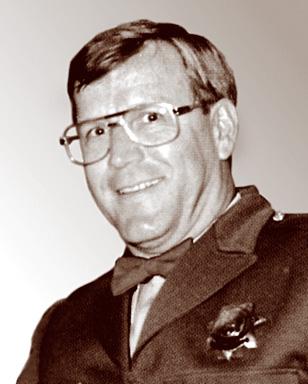 Sergeant John L. Steel was riding his motorcycle on Irvine Boulevard at 4:20 a.m. when a vehicle crossed over the 14-foot-wide center median and crashed head-on into Steel’s motorcycle. Sergeant Steel was propelled into the vehicle’s windshield and thrown to the pavement. Although two motorists stopped to render aid, Steel did not survive. Sergeant Steel, 47, was a 21-year CHP veteran and a member of the Santa Ana protective services unit that had escorted world leaders such as British Prime Minister Margaret Thatcher and U.S. Presidents George Bush and Ronald Reagan. The 25-year-old motorist was charged with misdemeanor manslaughter, driving without a driver’s license and having no insurance.