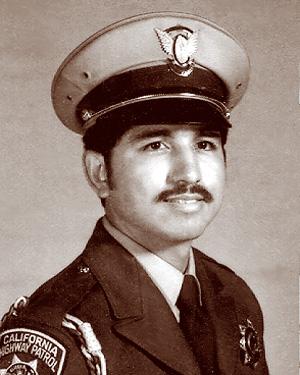 Officer Johnny R. Martinez and his partner Officer James Szabo were clearing debris obstructing the San Bernardino Freeway in East Los Angeles when a vehicle pulled alongside the two officers and the three occupants opened fire at point-blank range. Martinez, 33, was fatally wounded and died the next day. Szabo, 27, who was wearing a bulletproof vest, received a neck wound and recovered. An intense manhunt ensued for the killers. One of the suspects and a companion later were later killed in a shoot-out in Salt Lake City. Officer Martinez was a four-year member of the CHP.