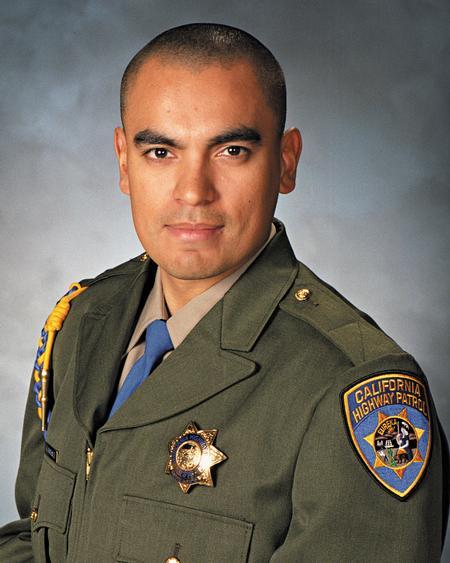 Shortly after 6:00 a.m. on February 17, 2014, CHP Officer Juan Gonzalez, I.D. 18935, and Officer Brian Law, I.D. 18896, were killed in a traffic collision on southbound SR-99 near Kingsburg, Calif., while responding to an incident. The officers, who were classmates at the Academy, were working as partners in the same patrol car.

Nearing the scene of a collision that had been reported to be in the opposite direction, Officer Gonzalez apparently swerved to avoid a pedestrian who was involved with the previous collision, causing the unit to veer off the highway and collide with a guardrail and the pole supporting a freeway exit sign just north of the Sierra Street/Conejo Avenue exit. Both officers were pronounced deceased at the scene.

Officer Gonzalez, age 33, began his career in the CHP San Jose Area in 2008 before transferring to the Fresno Area on May 1, 2010.