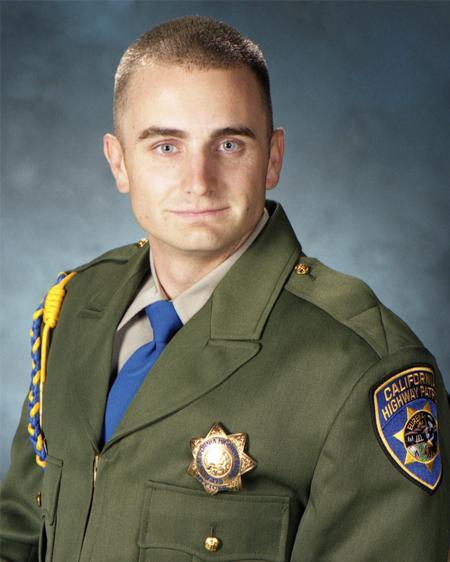 Officer McGrory suffered major injuries as a result of this collision and was taken by air ambulance to St. Mary’s Hospital in Apple Valley, where he succumbed to his injuries.

Officer McGrory was 28 years old. He began his career with the CHP in October 2007 and was assigned to the Barstow Area Office. He is survived by his wife, a 7 year old daughter, a 4 year old son and a one year old son, and his wife is pregnant with a fourth child.

Rafael Garcia was arrested for vehicular manslaughter at the scene. This collision is still under investigation by Inland Division MAIT.