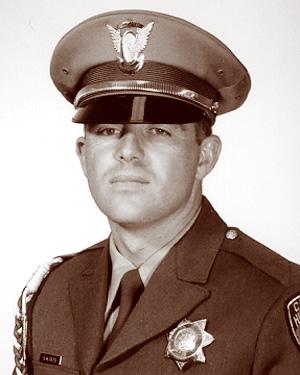 Officer Keith M. Giles was patrolling on the graveyard shift and stopped a vehicle for a traffic violation shortly after 2 a.m. Giles was standing on the left side of the stopped vehicle when a passing car drifted over the edge of the roadway and struck the patrol officer, killing him almost instantly. The errant driver apparently dozed off and may have been driving under the influence of alcohol. Officer Giles, 34, was a four-year member of the CHP.