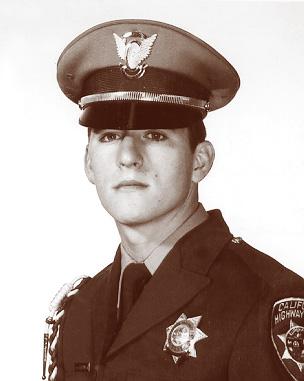 Officer Kenneth G. Roediger and his partner, Officer Norman R. Roy, stopped a motorist and had him outside the vehicle when a struggle began. Roediger managed to force the motorist to the ground and had him in a position to be handcuffed, when the man suddenly grabbed Roedigers gun and shot the patrolman. Officer Roy then shot and killed the assailant. Officer Roediger, 24, had been a member of the CHP since 1970 and was the son of Leslie R. Roediger (718), a retired CHP officer.