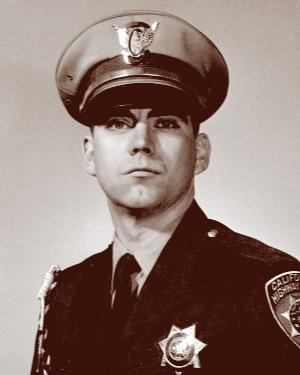 Officer Larry L. Wetterling was fatally shot by a motorist he stopped in San Bernardino for suspected drunk driving. After shooting Wetterling, the motorist stole the patrol officer’s car, but rolled over as he raced away. He later killed two other people before he was captured. Officer Wetterling, 30, had been a member of the Patrol for six years and transferred to San Bernardino from Riverside