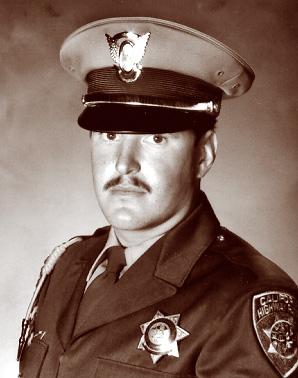 Officer Mark T. Taylor was on Thanksgiving holiday patrol along Interstate 10 near Palm Springs when he made an enforcement stop. Taylor was completing the citation when an elderly motorist struck the vehicle being cited which in turn struck Taylor, throwing him into the path of the elderly motorist where he was struck again. The 28-year-old patrol officer was killed instantly. Taylor had been a member of the CHP for three years and was assigned to Indio after Academy training.