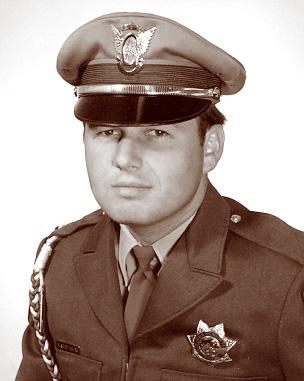 Officer Nathan I. Seidenberg was traveling along U.S. Highway 101 near San Rafael when a drunk driver crossed into his lane of traffic and struck Seidenbergs patrol car head-on. Both the errant drunk driver and the 26-year-old patrolman were killed instantly. Seidenberg, a native of San Francisco, graduated from the CHP Academy two years earlier and was assigned to the Marin-Golden Gate Bridge Area in November, 1969.