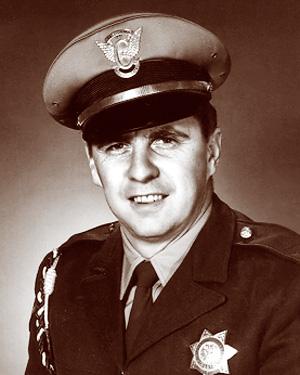 Officer Raymond R. Carpenter was shot and killed by a 20-year-old motorist he stopped on Interstate 80. The car the young man was driving was proved to be stolen. Later, as officers closed in to capture Carpenters killer, the suspect committed suicide. The 40-year-old patrol officer was a native of the Auburn Area where he had been assigned for 13 years. Prior to joining the CHP in 1956, Officer Carpenter had spent nine years in the U.S. Air Force.