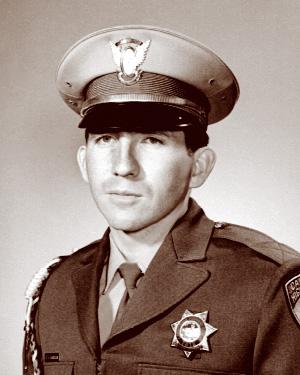 Officer Robert H. Harrison, Jr. and his partner, Officer Robert Wertman, were pursuing a drunk-driving suspect when a motorist changed lanes abruptly in front of the patrol car. Harrison struck the rear of the vehicle and the impact propelled the patrol car over the edge of the freeway into the bottom of Arroyo Seco channel 25 feet below. Office Wertman survived his injuries, but Officer Harrison was killed. He was 26 and a four-year member of the Patrol.