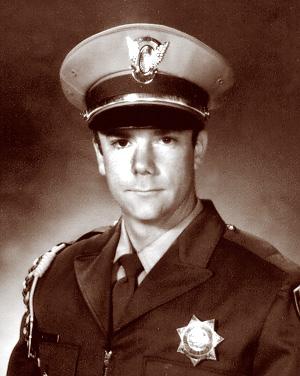 Officer Terry W. Autrey and his partner, Officer Michael Price, had completed the initial investigation of a non-injury accident and were returning to their patrol car which had been parked in the center divider. As Autrey approached the passenger side, a vehicle sideswiped the patrol car, killing him instantly and knocking Price into the center divider’s guard rail where he sustained severe back injuries. Officer Autrey, 28, had just reported to his first assignment on September 2 after graduating from the Academy one month earlier.