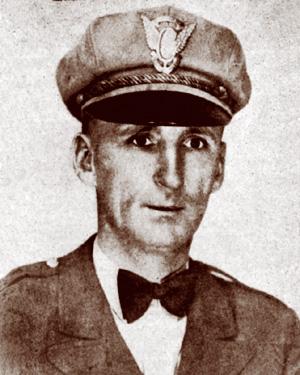 Officer William L. Reardon was stopped on his motorcycle monitoring traffic on U.S. Highway 99 near Newhall when he was struck and killed by a drunk driver. Reardon, 52, was a 14-year veteran of the Highway Patrol. He had previously served with the Glendale Police Department and the Los Angeles County Traffic Squad before becoming a member of the CHP in 1932 when the state absorbed the Los Angeles County Squad.