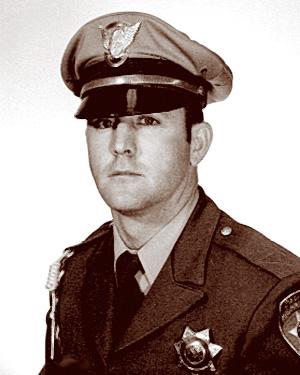 Officers Roy P. Blecher and William M. Freeman were partners, working out of the Woodland Area Office, when they were gunned down along Interstate 80 near the Yolo Causeway in West Sacramento. Investigators found signs of a struggle. Blecher was handcuffed and shot in the back of the head and Freeman had been overpowered, shot and killed. Their last radio contact was at 3:12 a.m. when they stopped a suspect for a routine traffic violation. The killer was captured, tried and convicted of the murders and is currently serving a life sentence. Officer Blecher, 50, was a 21-year CHP veteran and Officer Freeman, 32, was a 12-year Patrol veteran.