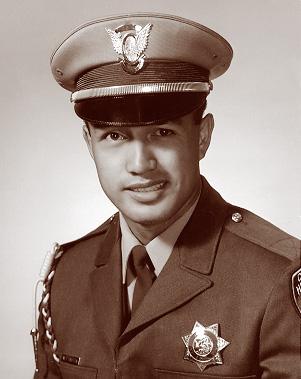 Officer William P. Sniffen was pursuing a speeding motorist on the Nimitz Freeway when the vehicle rear-ended another car that was stopped for a previous collision and then burst into flames. Sniffen lost control and his motorcycle was thrown under the burning vehicle, killing the 31-year-old patrol officer almost instantly. Officer Sniffen was a seven-year member of the CHP and had served previously in San Leandro and Oakland.