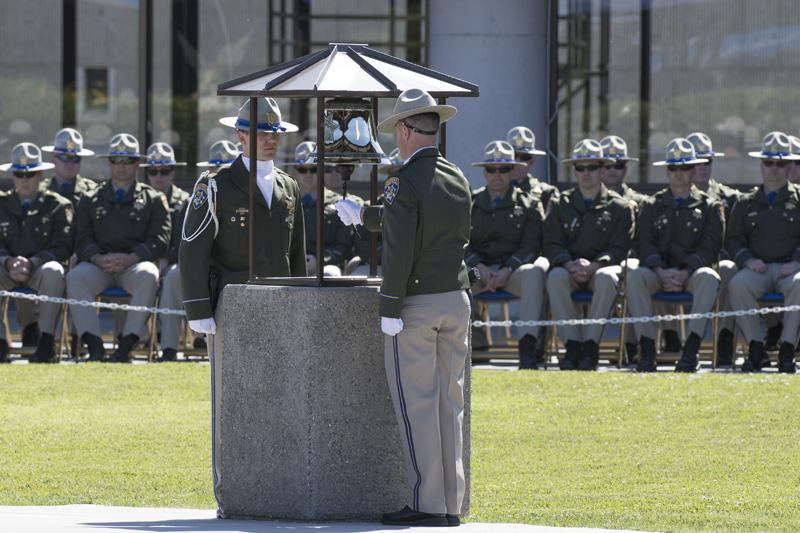 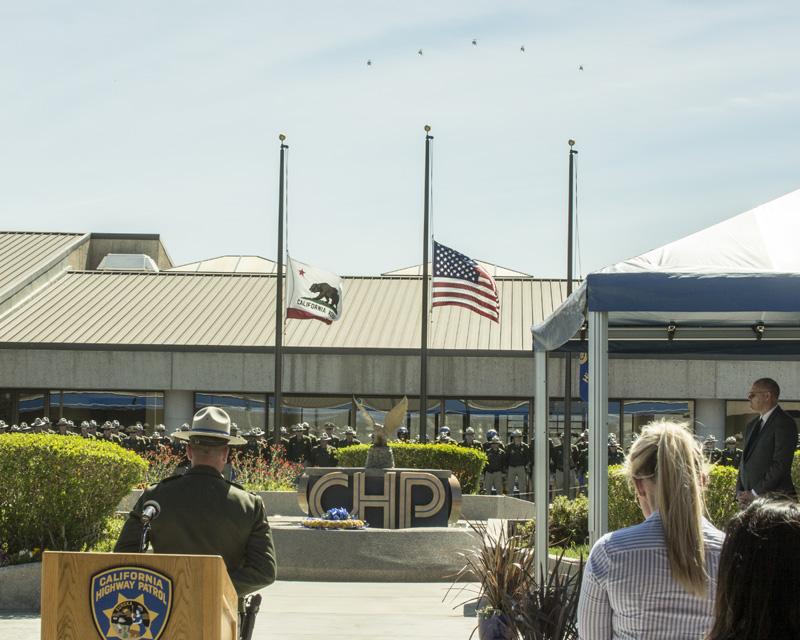 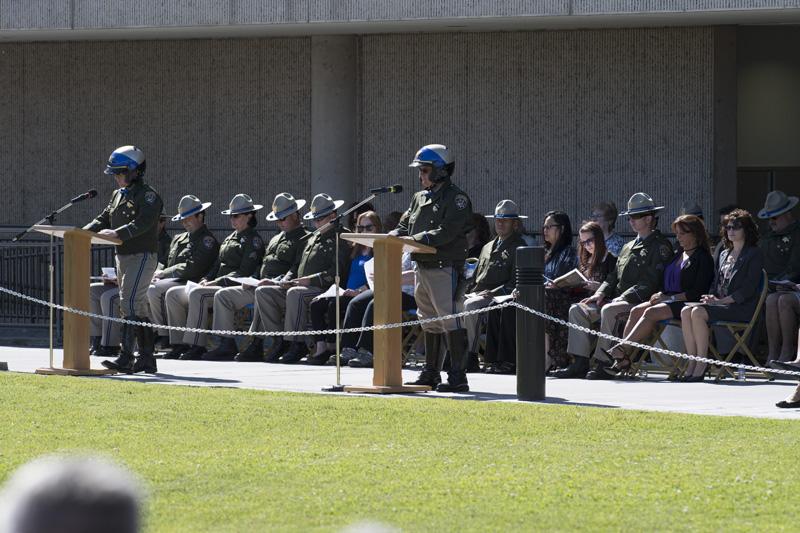 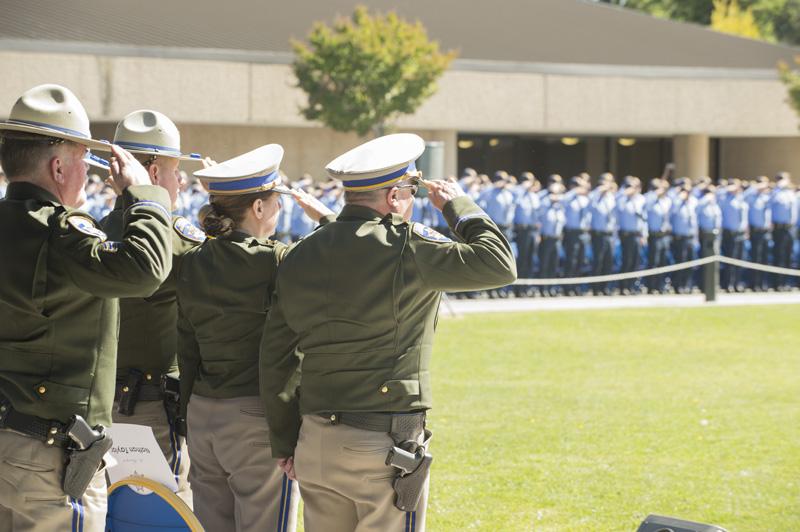 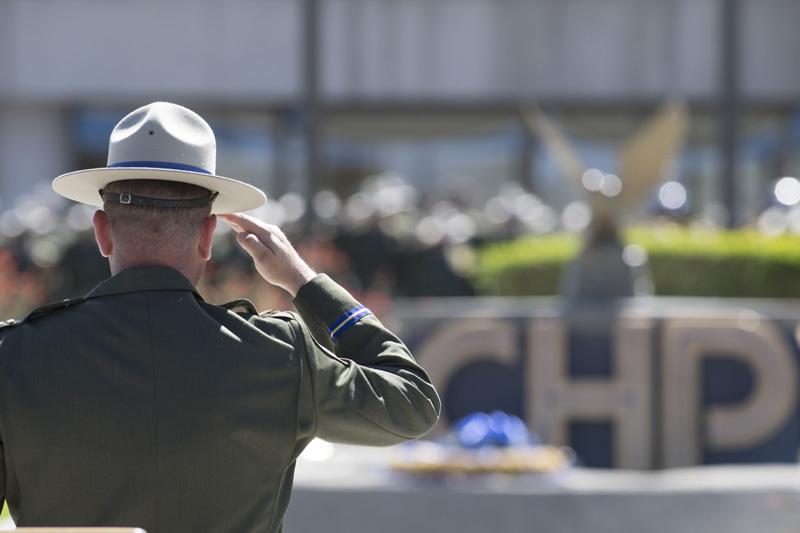 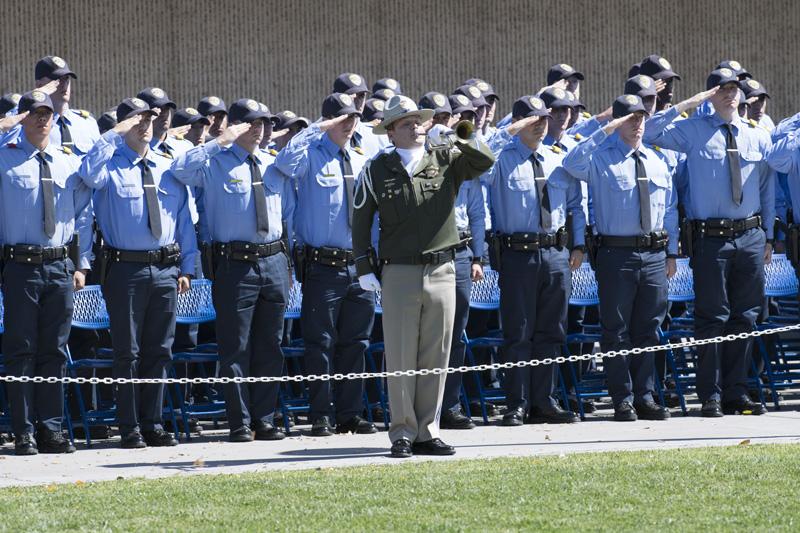 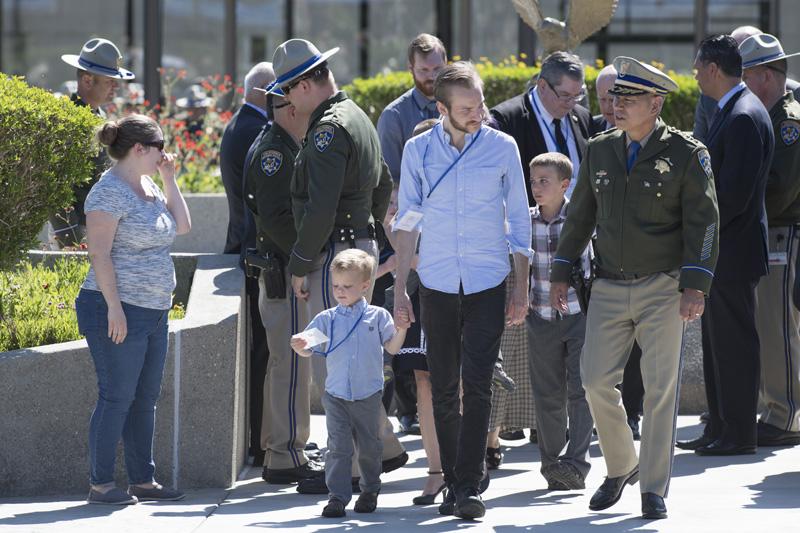 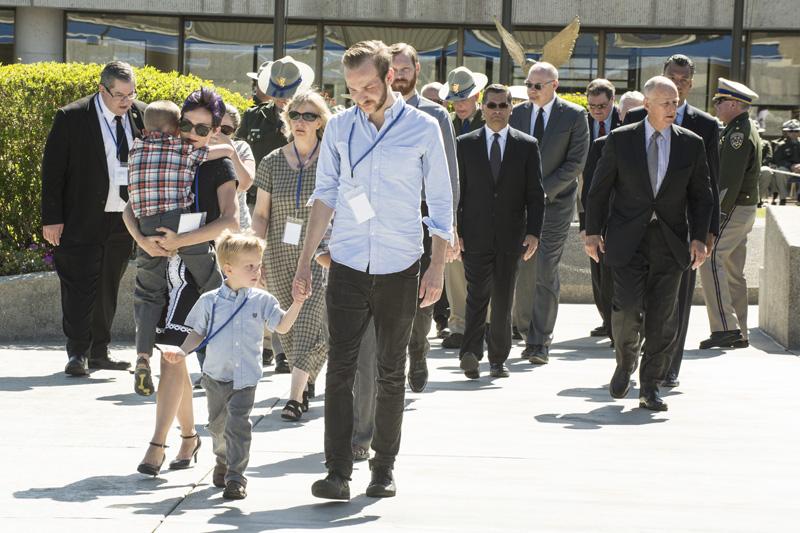 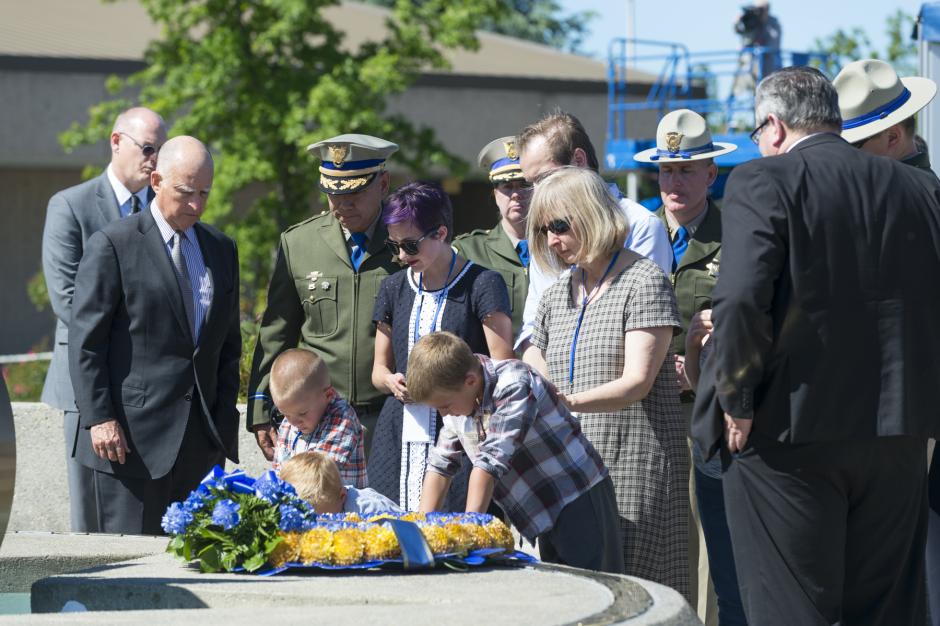 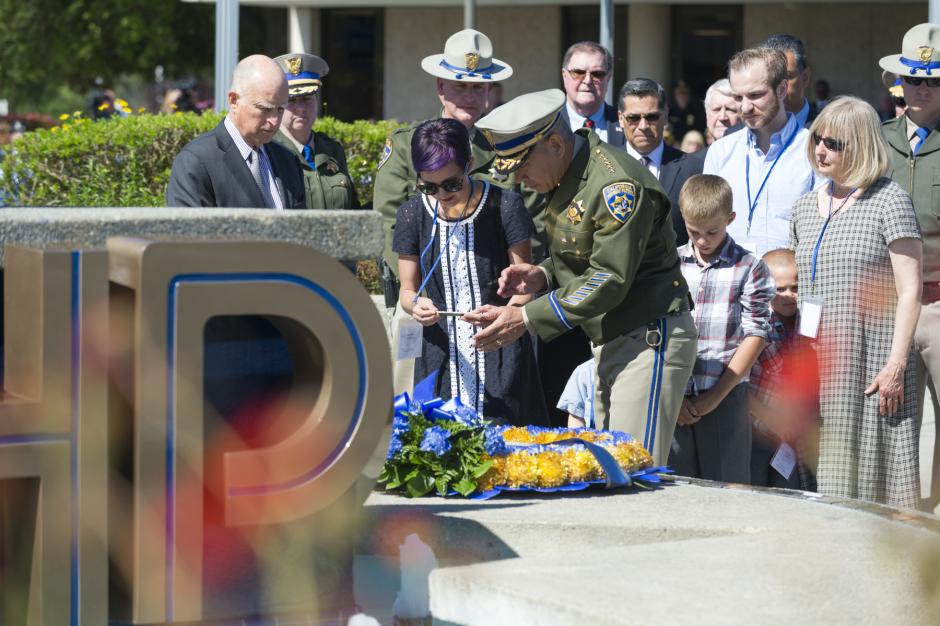 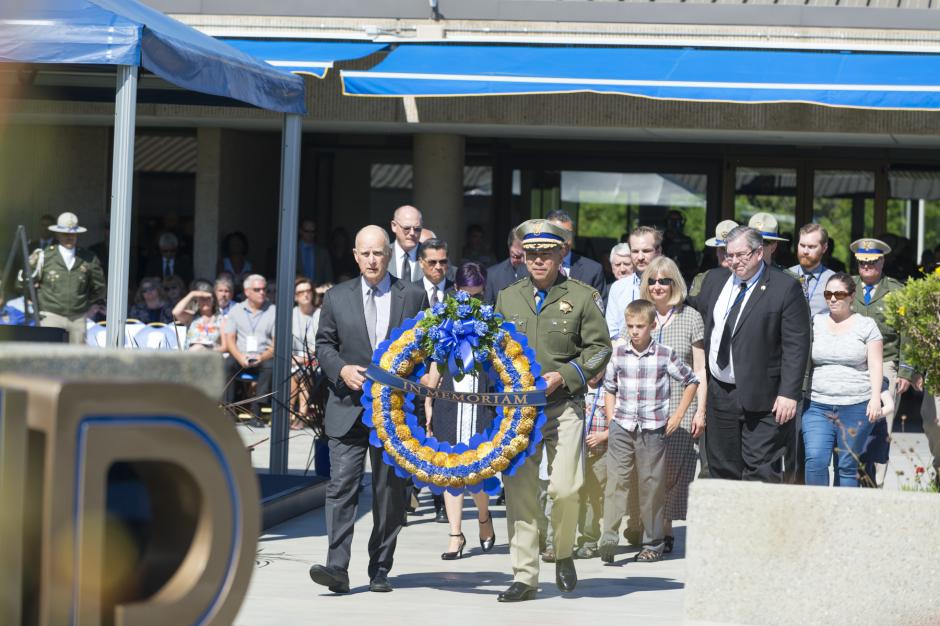 CHP Memorial honors officers lost in the line of duty May 2, 2017

In May of each year, the CHP holds a memorial to pay tribute to those brave heroes who have paid the ultimate sacrifice in the line of duty and afford special honor to those killed in the previous calendar year.  In the CHP’s 88-year history, 227 heroes have lost their lives while courageously serving the people of California.

This morning, the CHP honored Officer Nathan Taylor, I.D. 20154, of the Gold Run Area office, who was killed in a traffic collision in March 2016. Officer Taylor’s name was formally added to the memorial fountain at the CHP Academy. Special recognition was also paid to Officer Lucas Forrest Chellew, I.D. 19402, of the South Sacramento Area office, who was killed in a motorcycle traffic collision while pursuing a suspect in February 2017.

The ceremony commenced with an honor guard raising the flags half-mast, and the roll call of all those whose names are the fountain and the dates they died.

“The Academy holds a special place for all CHP officers,” said Farrow. “This is a day of reflection. We will never allow the names on the fountain to be forgotten.”

Farrow continued, “To all family members being honored here this morning, the CHP family walks by your side. To all families of officers who lost their lives in the line of duty, we are honored by your presence here today. We add Nathan Taylor to the fountain today and he will be in our hearts forever. Today is a day of deep sorrow. We salute him.”

When introducing Gov. Brown, Commissioner Farrow said, “Gov. Brown has never missed any memorial and has always been on my side. It’s an honor to refer to him as my boss.”

Gov. Brown said, “What is important is this organization and … every officer’s honor, courage, sacrifice, camaraderie and loyalty. This all doesn’t get created in just one year. These individuals strengthen those who come before and who come after. Thank you for your service and dedication to the great state of California.”